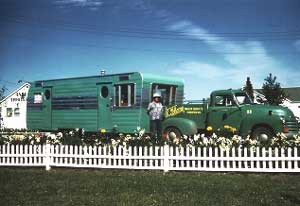 Anderson Homes, Inc. was originally started by Andy and Lettie Anderson in 1948. It all began with a trip to Texas.

Mr. and Mrs. Anderson, along with another couple, stayed in a Trailer while in Texas for three months. On their way home, they stopped at a Trailer dealership in Kansas City, Missouri. The owner was trying to set up dealerships in the areas. So he and Andy made a deal that if they bought one he would send Andy two Trailers on consignment.

Andy brought the three new Trailers to his farm north of Nimrod. They sold so well Andy decided to move the business to town. In 1950 Anderson Trailer Sales opened its door at its present location in Sebeka along Highway 71.

It was not long before Andy became so busy that he could not handle the business alone. In 1954 Andy’s son Buster joined him in the business venture. At this time you could buy a new eight-foot wide trailer for approximately $1,000.

In 1960 Andy and Lettie sold the business to their son Buster and his wife Dorothy. During this time the trailers were becoming more of a year round home and were called Mobile Homes. This led to the name change from Anderson Trailer Sales to Anderson Mobile Homes. The song “King of the Road” was first introduced by Channel 7/12 as a new slogan for the business.

Once again the business was outgrowing its sales staff, so Busters sons Mike and Mark Anderson joined the crew in 1973. In 1985 Buster and Dorothy sold the business to their sons. 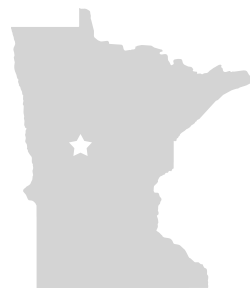